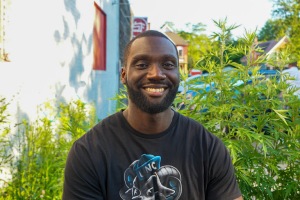 This is Russell’s first play with Inclusive Theater of WNY, Russell, who plays Theseus, is an actor from Lackawanna, NY. He graduated from the University at Buffalo in 2014. In May 2018 he performed in Lit401: A School Shooting in One Act (C) at the Shea’s Smith Theatre which was his first professional level show in Buffalo. Later in his first musical The Wizard of Oz (Ensemble) with Rocking Horse Productions at the Lancaster Opera House in October 2018, followed by his first lead role in the film Hate Crime (Malcolm McLeod) a SkoVu Tv original in November 2018. He appeared in A.R.T of WNY’s production of Our Town (George Gibbs) in January 2019. In May 2019 Russell appeared on stage at the Kenan Center in the play ART (Marc). Russell volunteers for the theatre department (W.O.B Players) at his high school LHS and has participated in some productions since graduating. Russell is a talented actor who plays Theseus with a regal, commanding demeanor. From Russell’s playbill bio: “Special Thanks goes to God for the ability to  perform in this production. Also thanks to Inclusive Theatre for considering me for this opportunity and the support from my family and friends.”

Wife, mother of one, dog mom, artist, writer, former RN, student, crafter, someone who questions everything and accepts people as they are. View all posts by Marilyn Erentsen-Scott

This site uses Akismet to reduce spam. Learn how your comment data is processed.